0 people have recently viewed this vehicle
Alerts Save Compare

Model Overview
The mid-size 2007 Nissan Frontier pickup comes in two cab styles, King Cab and Crew Cab. The King Cab has smaller, rear-hinged rear doors, and the Crew Cab has full-size, front-hinged rear doors and a larger rear-seat area. The King Cab is available in a single bed length, but the Crew Cab is now available in standard bed and long bed versions; the new long bed is 13 inches longer.

The Frontier shares its basic layout, including the suspension and other components, with the larger Titan pickup. The suspension combines a double-wishbone front setup with a solid-axle and leaf springs at the rear.

Base Frontier King Cab 2WD trucks have a 152-horsepower, 2.5L four-cylinder engine. All other Frontiers are powered by a 4.0L V6 engine, making 261 horsepower and 281 lb-ft of torque. The predominantly aluminum, double-overhead-cam engine has continuously variable valve timing, variable induction, and a number of attributes for smooth operation and efficiency. Four-cylinder models have a five-speed manual transmission standard, while V6 models get six speeds. A five-speed automatic is available on both.

The Frontier has several innovative storage options, including storage boxes under the rear seats, a large center console, a dual-compartment glove box, and several power points. The Utili-track system, which brings removable utility tie-down cleats and secure attaching channels, is available and especially useful for securing heavy cargo that doesn't take up the entire bed.

Front-seat side air bags are optional, as are side-curtain air bags that cover front and rear occupants.

Getting financed with us is fast and fun. Whether you’ve always enjoyed a sterling credit history, are currently working on improving your credit score even more, or this is your first time buying a car, you can count on the friendly experts at Sandy Sansing Ford Lincoln to make the whole process transparent and easy to understand. To learn more and get the ball rolling on the right loan for your unique financial situation, call 251-626-7777 or apply online now.

What is the financing process like at Sandy Sansing Ford Lincoln?

Easy and relaxed. Our primary goal is your total satisfaction, so we provide you with as much time and expert insight as you need to properly consider all of your loan options. This commitment to friendly, honest, and fair service is truly a breath of fresh air and ensures that you drive away happy, satisfied, and behind the wheel of the vehicle you've always wanted.

What are the steps in the financing process at Sandy Sansing Ford Lincoln?

Great question. Securing a competitive loan from Sandy Sansing Ford Lincoln takes only three easy steps. First up is to either apply online for pre-approval via our quick and convenient online credit application or call 251-626-7777. From here, one of our financing experts will connect with you to go over the details of your loan offers and ensure that you have everything you need to make a smart and informed decision.

After reviewing your proposed loan terms and consulting with our financial advisors and your trusted personal confidants (friends, family members, etc.), there is only one step left: Finalizing the perfect loan for you via a simple and respectful process. By following these three short steps, you can make the most of the best loan experience here in Daphne.

What is involved in securing an auto loan in Daphne AL?

The answer to this question includes a variety of factors, such as:

People from all around Daphne come to purchase a clean car, truck, or SUV from our used car lot each and every day. Most loans prepared by our team are entirely unique, so the factors that will shape your bank loan will depend on your specific situation, desires, and needs.

Our expert financial professionals are happy to find and present lots of great offers to ensure that you are in complete control and that you are receiving the best deal possible on the loan you need. Our customers make great and informed decisions based on all of their available options thanks to a perfectly transparent process that we take seriously.

Who can I call at Sandy Sansing Ford Lincoln to get the financing process started?

Any of our amazing specialists will be more than happy to help you get the ball rolling on your dream car. All you have to do is dial 251-626-7777 when you have a few free moments and you'll soon see that getting approved for a car loan at Sandy Sansing Ford Lincoln is quick, easy, and convenient. 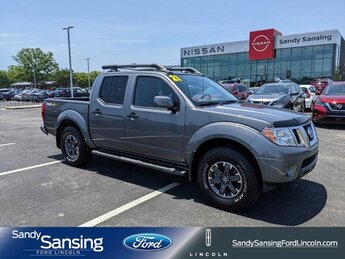 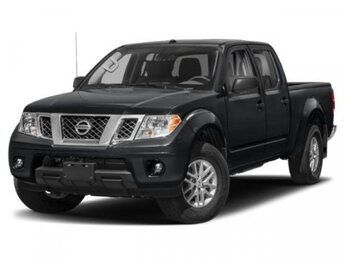 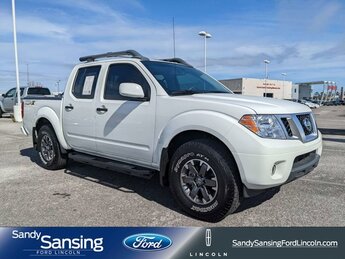